How do we identify the genes associated with alcohol use disorder risk?

The key takeaway: While 1-2 genes that break down alcohol in our body make a big impact on our drinking behaviors, most of the genes that influence alcohol use outcomes (thousands of them!) impact risk in more subtle ways, for example by influencing self-regulation, impulsivity, anxiety-sensitivity, and response to alcohol. We cannot use genetic data at this time to “predict” whether someone will develop alcohol use disorders because there are so many genes and environmental factors that are important.

How do we find genes for alcohol use disorders?

In a genetic study, we are interested in discovering which (sidenote: Our genome, also called DNA, is made of millions of nucleotides. Humans have 4 nucleotides – A,T,G,C. At every location on our DNA, we have one of these nucleotides. Because we all have two linked, or complementary, strands of DNA, we really have a pair of nucleotides at each DNA location; A only pairs with T, and C only pairs with G. At each DNA location, we inherit one of our A,T,G,C from our biological mother and the other A,T,G,C from our biological father. These inherited A,T,G,C are called alleles. Here’s a user-friendly guide to other genetics terms.) (variation in DNA sequence) might affect the risk for a trait or disorder. If one allele affects the likelihood that the person with it has a given trait or disorder, it will be more common in the group of people who have that trait or disorder. So, we test whether a given allele is more frequently found in those with the trait than in those without. 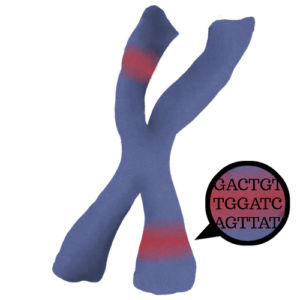 The A,T,G,C nucleotides are represented here in the allele.

This is no different than if we were asking the question: are men – in general – taller than women? To test this hypothesis, we would compare the height of large numbers of men and women. It’s important to note that even if we find such a difference, it just relates to the average – obviously, even if, on average, men are taller than women, many men are shorter than many women. Similarly, we are comparing whether – on average – those with AUD have an allele when compared to individuals without AUD. We can test this difference for the millions of (sidenote: GWAS only study DNA that can be found in >1% of the population. At some DNA locations, people can have rare alleles that many fewer people carry. These rare alleles are found by sequencing the genome, or studying every single location in our DNA. There are large pieces of DNA, made up of many alleles, that some people may have fewer than or more than 2 copies of. Whether the number of such copy number variants is associated with AUD is not well understood) across our DNA. This is called a genome-wide association study, or GWAS. 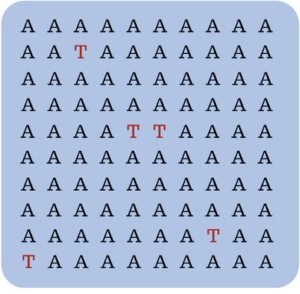 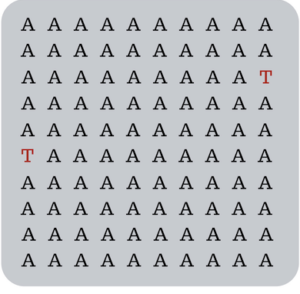 Much like height, where being male or female is only one source of difference, genetics are only one of many contributors to AUD. Many other factors are important for AUD. Also, just as the average height of men and women differs in different countries and can be affected by nutrition, so can the risk of AUD be influenced by drinking patterns. These patterns can be affected by the country or culture someone lives in, by laws restricting the use of alcohol, by alcohol availability, and by other environmental factors. 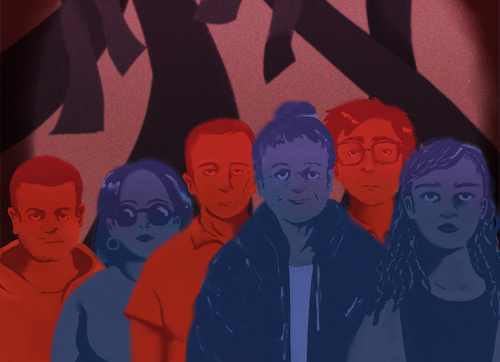 What genes have been found for alcohol use disorders?

We can think about three major pathways that lead to increased risk for alcohol use outcomes. Some genes influence the way our body responds to alcohol, which leads some people to be more prone to develop problems. For example, the strongest genetic signal for AUD is in genes that break down alcohol in our body. You can learn more about how genes influence the body’s response to alcohol here.

So, is there a genetic test that I can take to tell my risk for developing alcohol use disorders?

Not yet. Even though we have found many genes, they only have small effects on whether or not we will develop alcohol use disorders. There are many more genes that we need to find, and we also need to figure out how these genes influence risk. You can read more about how we calculate genetic risk for alcohol use disorders here.

But it’s critical to remember, DNA is not destiny! Our genes are important, but the environment plays a big part too. Even if someone has many risk alleles, they may not develop alcohol use disorders if they have factors that protect them from that genetic risk.
If you are worried about your genetic risk for alcohol use disorder and want to talk to someone, genetic counselors are trained professionals who can help you understand how your family history and DNA influence your health. Find a genetic counselor at findageneticcounselor.org.

Polimanti R, Gelernter J. Genetics of substance use disorders in the era of big data https://pubmed.ncbi.nlm.nih.gov/34211176/

Zhou & colleagues. Genome-wide meta-analysis of problematic alcohol use in 435,563 individuals yields insights into biology and relationships with other traits https://www.ncbi.nlm.nih.gov/pmc/articles/PMC7485556/