Alcohol Use Across the Lifespan

How do levels of alcohol use, personal characteristics, and life circumstances influence each other at each stage of the lifespan?

There are many changes in alcohol use across the lifespan. In this section we describe how environments and alcohol use influence each other at different life stages.

The key takeaway: The causes of alcohol misuse –and the consequences — are determined by our personal characteristics, our exposures to different life circumstances, and our age.

Alcohol use during childhood (before age 11) 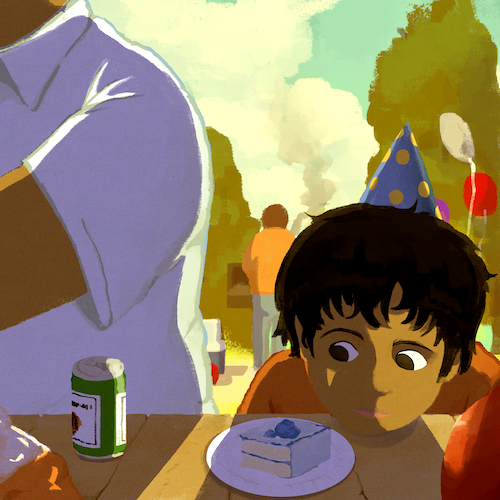 Alcohol use in early childhood, before adolescence, consists largely of taking sips rather than full drinks. However, even at this early stage, characteristics may appear that predict later heavy alcohol use, including impulsiveness, hyperactivity, and participation in risky physical activities (skateboarding in traffic, jumping from great heights, etc.; See section on Externalizing). A large study of children launched in 2016 is beginning to provide more information about early childhood factors that are associated with alcohol and other drug use (ABCD study). In this project, over 11,000 9–10-year-olds across the U.S. are being studied every year through age 20 about their behaviors, including alcohol and other drug use, their feelings, worries, and anxieties.

Alcohol use during early adolescence (ages 11-15) The period of early adolescence, from puberty to about age 16, is marked by widespread change in several areas, including physical, neurological, social, emotional, and family environment. Some of these changes increase the chance that alcohol use will begin early. Importantly, starting to drink at an early age has been consistently linked to a greater chance of progressing to heavier drinking, drinking problems, and alcohol use disorder. That is why there has been so much research into understanding factors associated with early drinking. For some youth, early drinking is just one of many risky behaviors they engage in, along with early sexual activity, violation of household rules, and use of other substances such as tobacco and marijuana. A number of other factors have been linked to starting to drink early during adolescence. Friendship groups play a role. Adolescents whose close friends and romantic partners drink or use other substances are themselves more likely to drink and to use drugs. Often these friends and partners provide alcohol and drugs while also encouraging their use. The home environment may also encourage alcohol use in adolescence. Children and adolescents are more likely to drink early if their parents are overly permissive or fail to provide specific rules or expectations, are not aware of their adolescent’s whereabouts, or use harsh discipline. Youth from households disrupted by parental divorce or separation are more likely to drink or use drugs at an early age, as are children exposed to traumatic events such as sexual or physical abuse and early parental loss. Parents with an alcohol use disorder (AUD) may contribute risk to their children’s early alcohol use by passing on high-risk genes and also by creating the home conditions mentioned above. Twin studies suggest that the environment rather than genetics is the major influence on when a child or adolescent first starts to drink (e.g., availability of alcohol). However, in later adolescence or young adulthood, when problem drinking often starts, genetic influences become more important (see next section below).

The Covid-19 pandemic may have decreased substance use behaviors of adolescents, based on early indications from a national school-based survey of 8th, 10th and 12th graders conducted every two years. (sidenote: Monitoring the Future:
Johnston LD, Miech RA, O’Malley PM, Bachman JG, Schulenberg JE, Patrick ME. (2022) Monitoring the Future national survey results on drug use 1975-2021: Overview, key findings on adolescent drug use. Ann Arbor: Institute for Social Research, University of Michigan.) This study has been conducted for nearly 50 years and in 2021 revealed declines in use of alcohol, marijuana, and other drugs. Although adolescent alcohol use has declined consistently since the 1980’s, those decreases had levelled off prior to the pandemic. Future surveys will reveal whether this decline continues, levels off once again, or reverses.

It should be noted, however, that several childhood and early adolescent characteristics can decrease (rather than increase) the risk for alcohol misuse and problems, even among those with a parent with AUD. Some of these understudied positive, “protective” factors include more religious service attendance, parents who monitor their children closely, having many non-drinking, non-substance using friends, and engaging in fewer risk-taking behaviors.

Alcohol use during Late adolescence (ages 16-19) 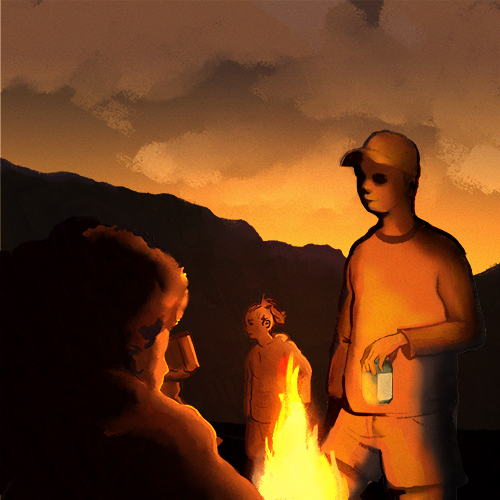 Late adolescence is a period of major change. Most late adolescents move away from home and are no longer under parental supervision, and thus must learn to govern themselves– including their drinking behavior. Parents’ control over their child’s behavior – through monitoring, rewarding good behavior, discipline, and setting good examples – decreases and/or disappears. Opportunities and freedom to drink, as well as the money to purchase alcohol, increase without the restrictions imposed by parental rules. At the same time, the influence of friends, classmates, romantic partners, and co-workers increases. These peer influences may include encouragement to drink more frequently or in larger amounts. Romantic partners, a major part of late adolescence, can be a particularly important influence on drinking. Pressure to drink is strong when individuals enter college, trade school, the work force, or the military – all of which are associated with heavy drinking. Consequently, it is not surprising that the earliest and largest wave of alcohol use disorders begins in late adolescence through the early ‘20s. For many, this will be the heaviest drinking period of their lives, even if they don’t ever develop alcohol problems. Also, the balance between genetic and environmental influences on drinking behavior begins to shift. Individuals who have high genetic risk for alcohol problems are likely to increase their alcohol consumption during this period of increased freedom. For example, among individuals with one high-risk gene for alcohol dependence, drunkenness increased sharply between ages 18 and 19 (Dick et al., 2013). Along with independence come opportunities to express a genetic tendency for alcohol problems as parental and social controls weaken. This is one example of how genes and the environment interact.

Alcohol use during early and middle adulthood (ages 20-40s) 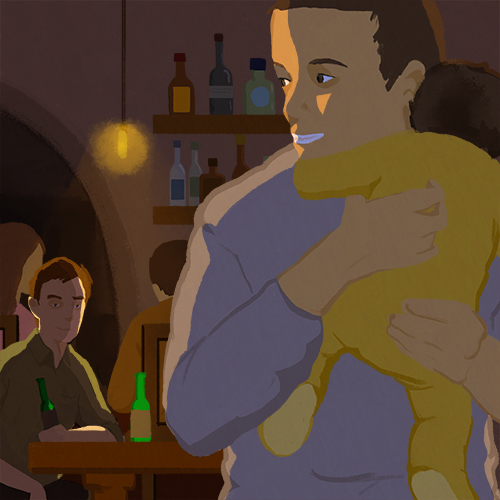 Alcohol use during early to middle adulthood typically follows one of two pathways: heavier and more frequent use, or a decrease to safer levels. Many heavy drinkers during their early or mid- 20s reduce their drinking as they start a career or begin raising a family, typically during the late 20’s or early 30’s. These paths typically follow changes associated with leaving home, going to college, joining the military, or beginning a job. It is also a time when romantic relationships form and dissolve, with some becoming long-term commitments.

Importantly, people must make decisions about having children. Further, taking on the role of parent requires accepting the financial and emotional responsibilities of family life. The misuse of alcohol during this period disrupts many of these transitions and can interfere with being a parent, holding a job, pursuing a career, and maintaining relationships. Many of the symptoms of alcohol use disorders point specifically to these disruptions and tend to occur at specific times in the life course. For example, alcohol-related problems with jobs and personal relationship appear in the early 20s, followed by, medical, behavioral and emotional problems starting in the mid to late (sidenote: Schuckit, M.A., Anthenelli, R.M., Bucholz, K.K., Hesselbrock, V.M., Tipp, J. 1995), The Time Course of Development of Alcohol-related Problems in Men and Women. J Stud Alcohol 56(2):218-25. https://doi.org/10.15288/jsa.1995.56.218)

Alcohol Use Among Older Adults (50 +) 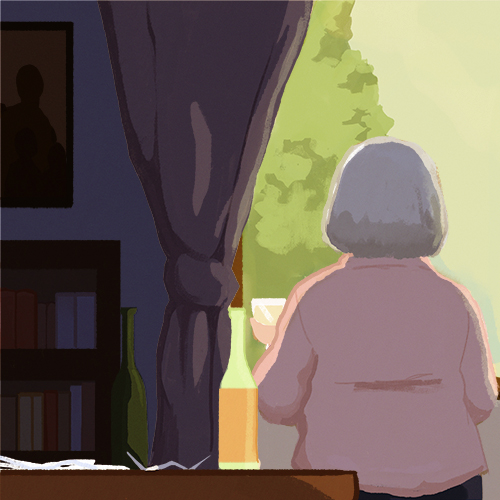 Alcohol use, problems and disorders and their consequences are not well studied in older adults.  Typically, both the amount and the frequency of drinking decline as people age. There are several reasons for this change.  Some older adults no longer enjoy the physical effects of alcohol, and many report that drinking makes them sleepy. Additionally, older adults may stop or reduce their drinking because of negative interactions with their prescription medications or because of cost.

However, not every older adult reduces their drinking. One recent study [Chan et al. 2019] of AUD in adults 50+ years old found that more than two-thirds reported drinking within the past 10 or more years, with more than half reporting drinking within the past year. Among those who still drank, they reported problems such as spending a lot of time drinking heavily or recovering from it, drinking more or longer than intended, and driving while intoxicated. About a third had received some form of treatment at least once over the past 20 years. Although the proportion of these older adults who continued to drink diminished with age, the majority continued to exhibit troublesome levels of alcohol consumption and alcohol-related problems.

There are several stressors associated with older age that contribute to drinking problems. Older adults can experience issues with their own physical health or that of a family member, as well as a decline in their ability to concentrate, think and remember. Retirement often brings a reduced social circle of friends, a reduction in family income, and a loss of self-image previously associated with employment. Many older adults experience an increasing loss of close friends and family members as well as reduced contact with children who are busy raising their own families and pursuing careers.

There are many serious negative consequences when older adults continue to drink heavily, and these problems appear to be on the increase in recent years. Alcohol-related accidents at home (e.g., falls, injuries from using tools) and while driving, are common. Similarly, many experience medical problems, including overdoses, related to drinking while taking either prescription medications, over the counter medicines (including aspirin), or herbal remedies (NIAAA). Other health problems related to heavy drinking include an increased risk for different types of cancer, heart disease, intestinal problems, neurological problems (such as stroke), osteoporosis, liver disease, breathing problems, and early death. A recent study (Hesselbrock et al (2020) examined mortality 36 years after individuals were treated for alcohol problems. Of these individuals. 68.4% had died, with women having a higher risk of death. The primary causes of death were cancers (all types) and heart disease, similar to the general population. However, death rates were increased among chronic heavy drinkers, beginning around age 40.