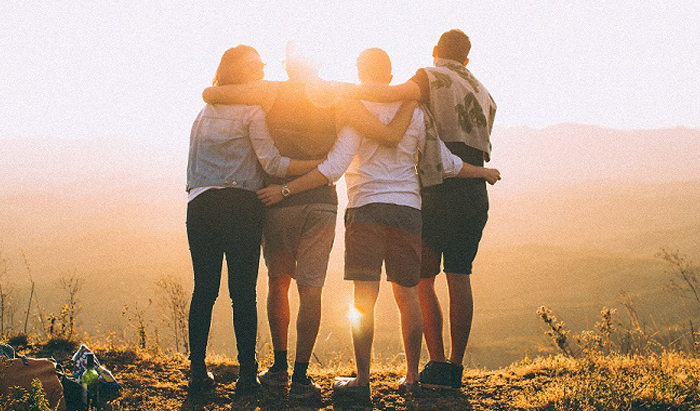 Genetic predispositions play an important role in the development of alcohol use disorders (AUD). Understanding the psychosocial mechanisms through which genetic risk unfolds to influence AUD is critical for identifying modifiable targets and developing prevention and intervention efforts. In this study, we examined the role of sensation seeking and social support from family and friends in mediating the effect of genetic risk on AUD symptoms. Data were drawn from a sample of 5,141 European Americans from the Collaborative Study on the Genetics of Alcoholism (46% male, Mean age = 41.44, SD = 14.30). Results from path analysis indicated that genome-wide polygenic scores for alcohol consumption (alc-GPS) and risky behaviors (risk-GPS) were associated with higher sensation seeking, which in turn was associated with more AUD symptoms. In addition, higher risk-GPS was associated with lower social support from family (but not friends), which in turn was associated with more AUD symptoms. The pattern of associations was similar regardless of whether parents were affected with AUD, with some differences observed between males and females in the associations between social support and AUD symptoms. Our findings highlight the important role of intermediate phenotypes and gene-environment correlation in the pathways of risk from genetic predispositions to complex alcohol use outcomes.