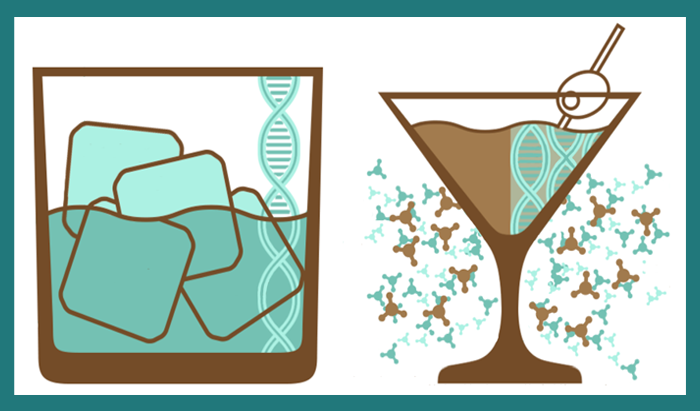 In this analysis, we parsed the genetic variance of problematic alcohol use (ALCP) into that which is shared with other externalizing traits and that which is not. The genetic correlations for the ALCP-specific variance differ for correlations with ALCP that includes variance which overlaps with externalizing. The ALCP-specific variance is primarily associated with alcohol use and other psychiatric traits (e.g. SCZ, BIP, MDD), but not personality traits related to impulsivity. Many of the lead SNPs we find in the ALCP-specific results are related to alcohol-specific processes, such as alcohol metabolism (e.g., ADH1B; ADH1C). We see a distinct pattern of associations between PRS for either externalizing and alcohol-specific results with longitudinal patterns of alcohol misuse. Externalizing risk is associated with higher levels of alcohol misuse during adolescence, which persists over time. Alcohol-specific risk, however, is associated with a faster increase in alcohol misuse over time, becoming most apparent in adulthood. Our results demonstrate that GWAS of single phenotypes likely contain a mixture of signals for different pathways through which risk for a given disorder unfolds. Multivariate GWAS can help us begin to tease these pathways apart.